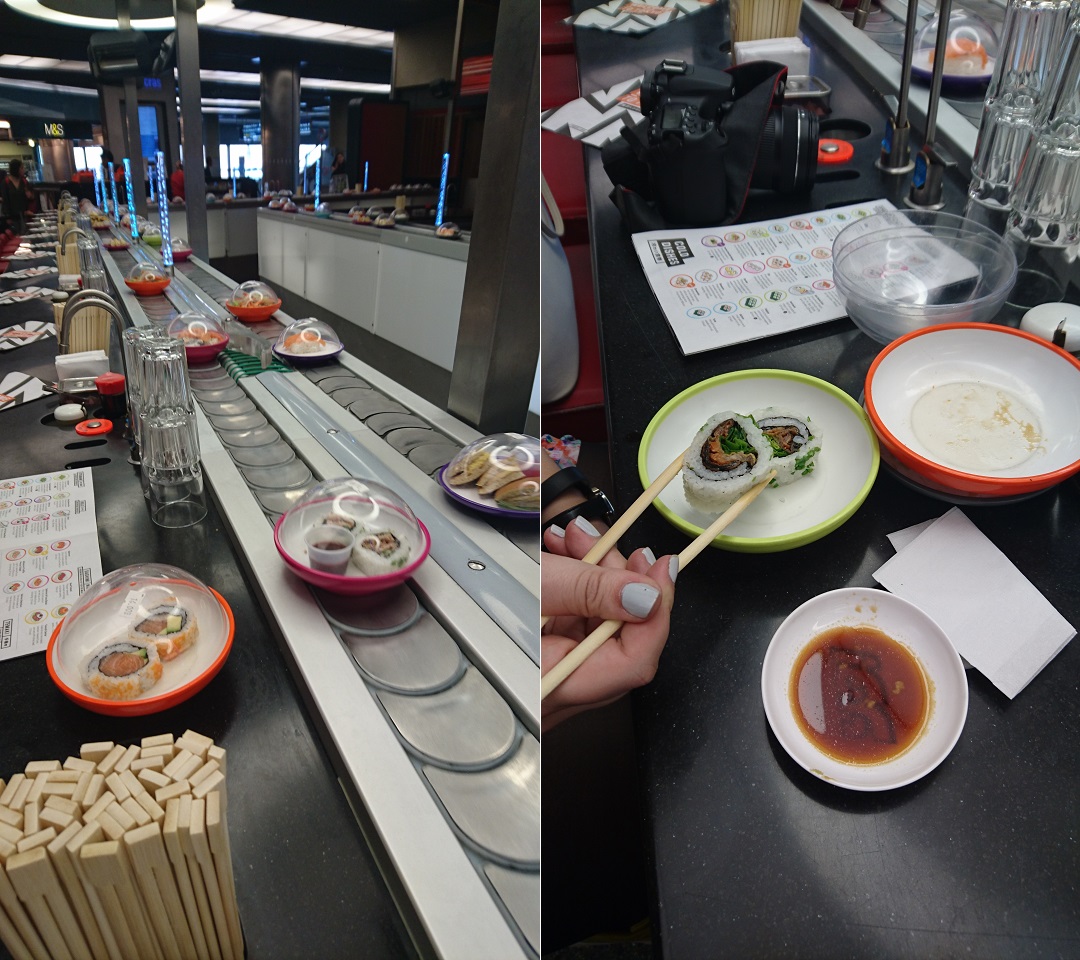 Yo! Sushi. This is a chain of conveyor-belt sushi shops. We saw a bunch of them while walking around and finally stopped at one to scratch Linn’s sushi itch. I, unfortunately, do not like sushi. Don’t get me wrong, it’s pretty and tidy and I’d love to love it- but I don’t.

Our hotel was in Earl’s Court and there was a bunch of restaurants (plus Earl’s Court Station) just around the corner. On our first night we were so hungry that we checked in, dropped off our stuff, and then picked the nearest open place we could find that looked good. 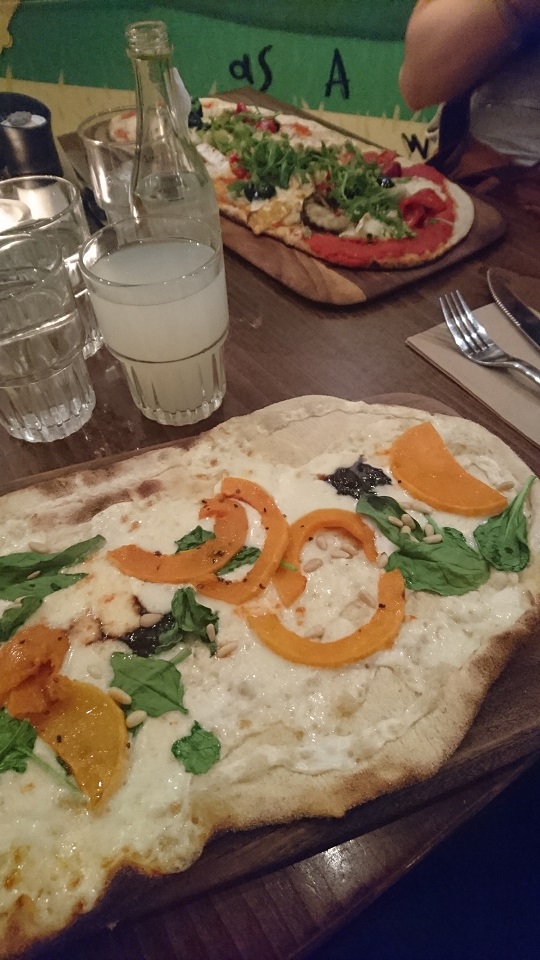 Zizzi was a great pizza and pasta place in Earl’s Court. They had a huge pizza oven you could see and a bunch of different choices. I went adventurous and took a white pesto sauce pizza with pine nuts, balsamic vinegar, spinach and sweet potato. I also tried a lemonade. It was tart. Very tart but very good. 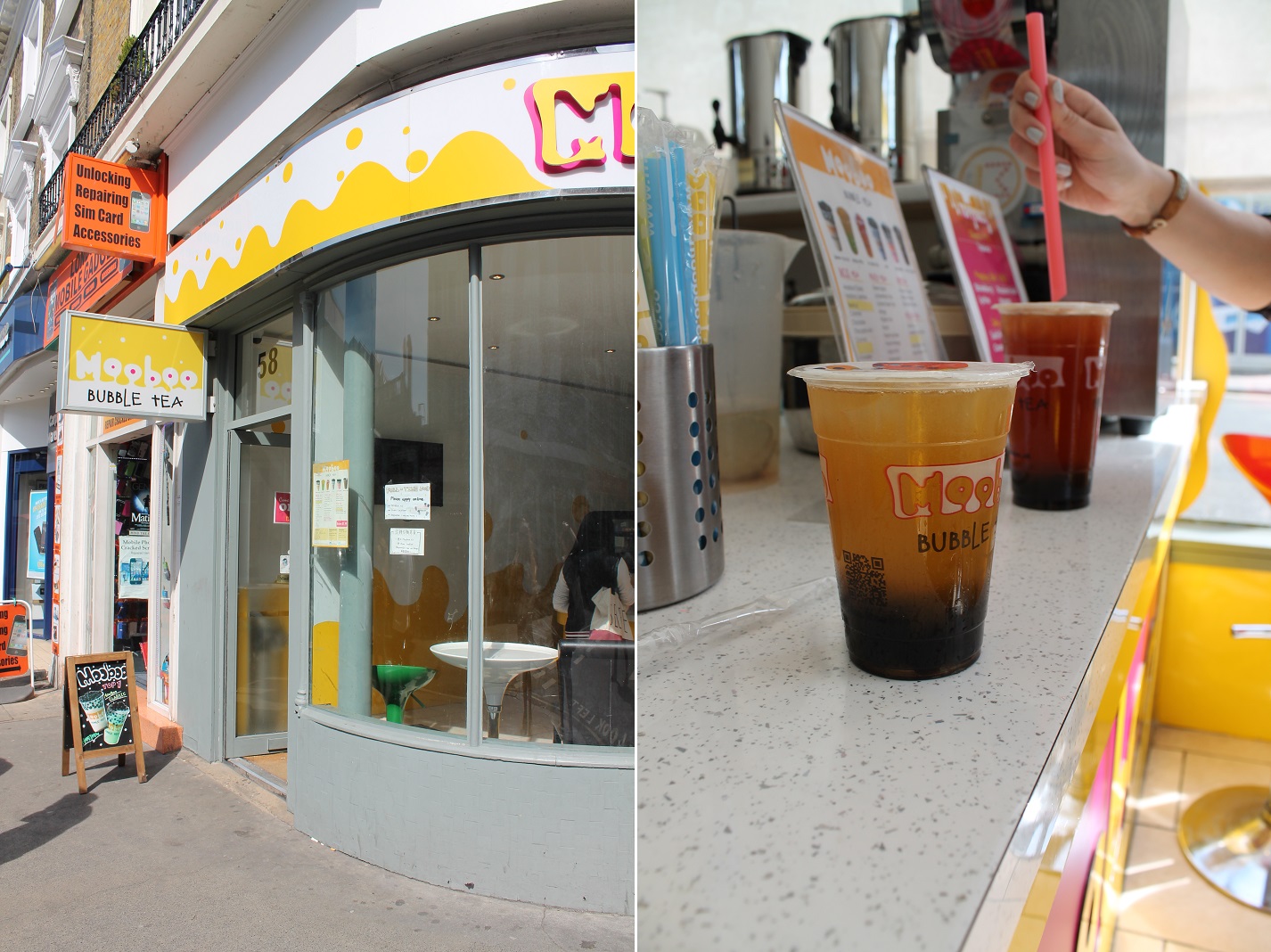 Mooboo! We tried bubble tea for the first time. Tapioca bubbles in fruity tea. The staff was super helpful and explained our choices and the difference between the kinds of bubbles.

Linn liked it. I did not. Despite not liking it, I drank it all because, well, it had a straw and was cold and London has almost no trashcans. 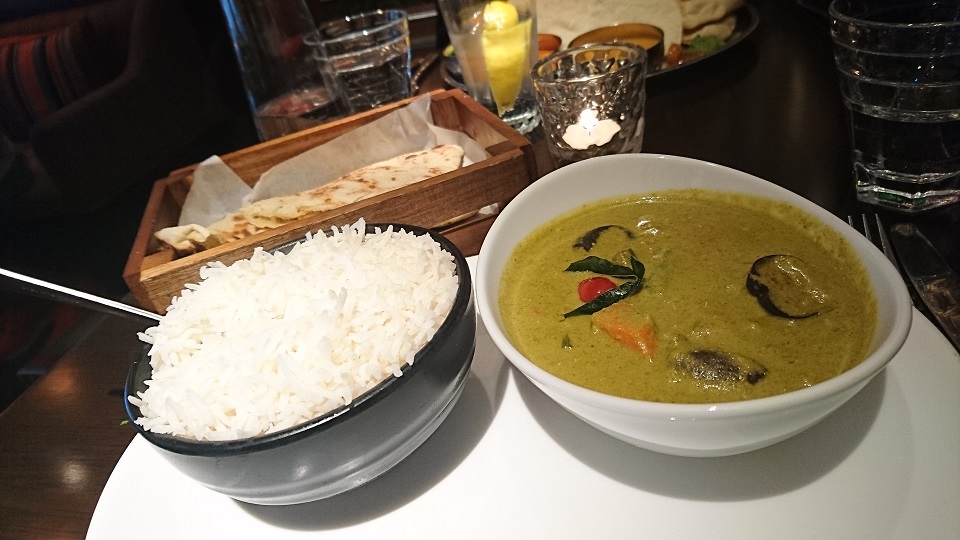 On our second night we were in Soho looking for a place called PingPong but ended up finding Masala Zone instead. There were a few vegetarian choices. I really wanted to get the paneer but it had a three chili rating that I was told by the waiter was serious and could not be altered so I decided not to tempt fate and picked a one chili dish instead. I was right to be careful. The one chili rated dish was a good level of spicy and I did not need spicier, not even for cheese.

Linn got a mixed plate that looked really good. I was a bit jealous but mine was good too. 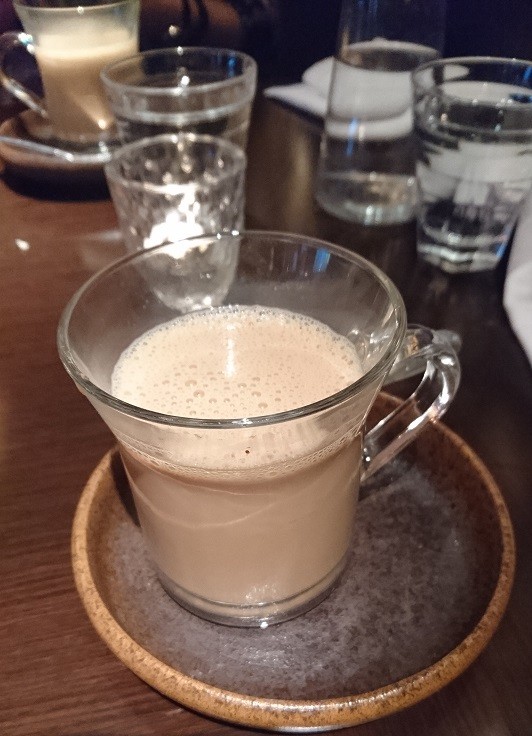 For dessert we had chai teas. I haven’t really been a fan of chai in the past but this was really great. 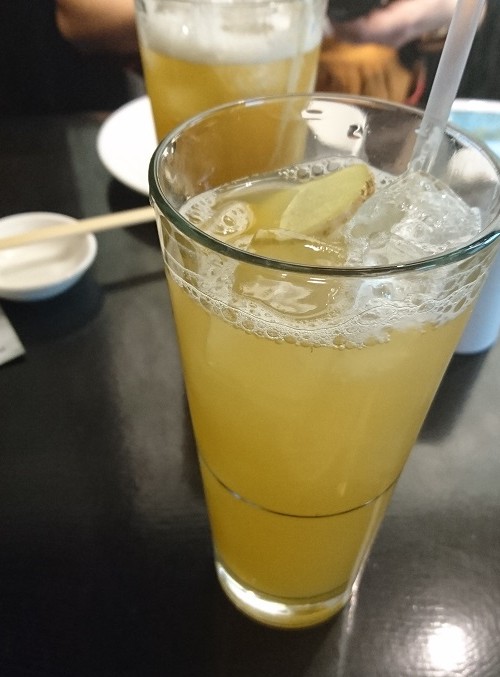 The next day we found PingPong in time for lunch! It was warm out and we were pretty excited to start off with iced teas. 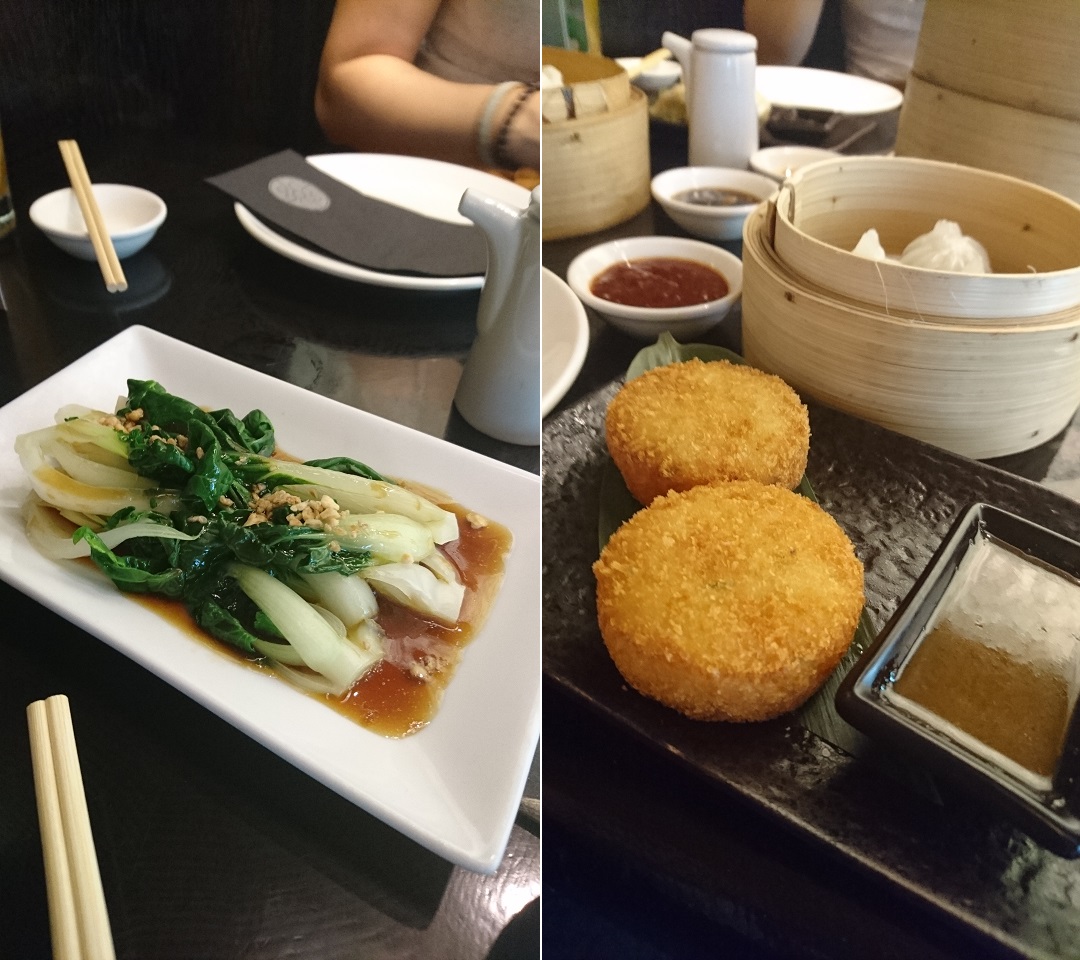 The baby bok choy was AMAZING. Everything was really good and the menu is set up so that you can order small amounts of multiple things in order to try a lot of different dishes.

Mushroom stuffed bao and two different kinds of vegetarian dumplings! Of course they had lots of meat dishes too. I know Linn had as many dumplings/bao as I did but with meats. Clever, because then I couldn’t steal any of hers. 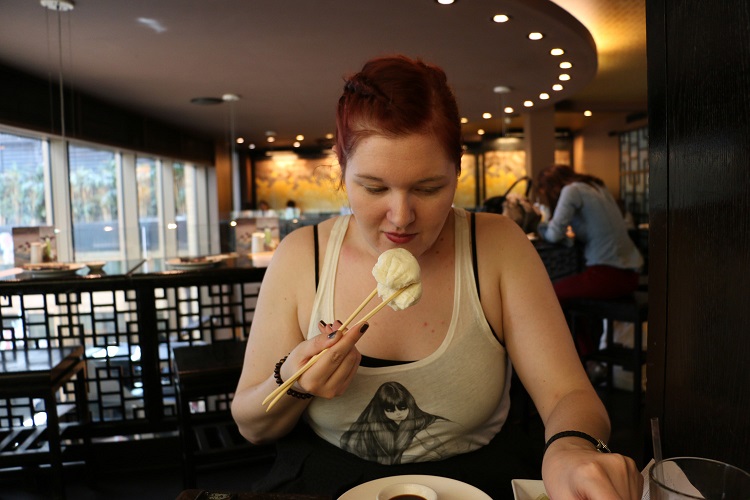 This was probably our favorite restaurant of the trip. The others were all really good, we didn’t have any bad experiences with our food adventures, but this was just extra amazing. There’s a pretty good chance we’d come back again next time we’re in London. 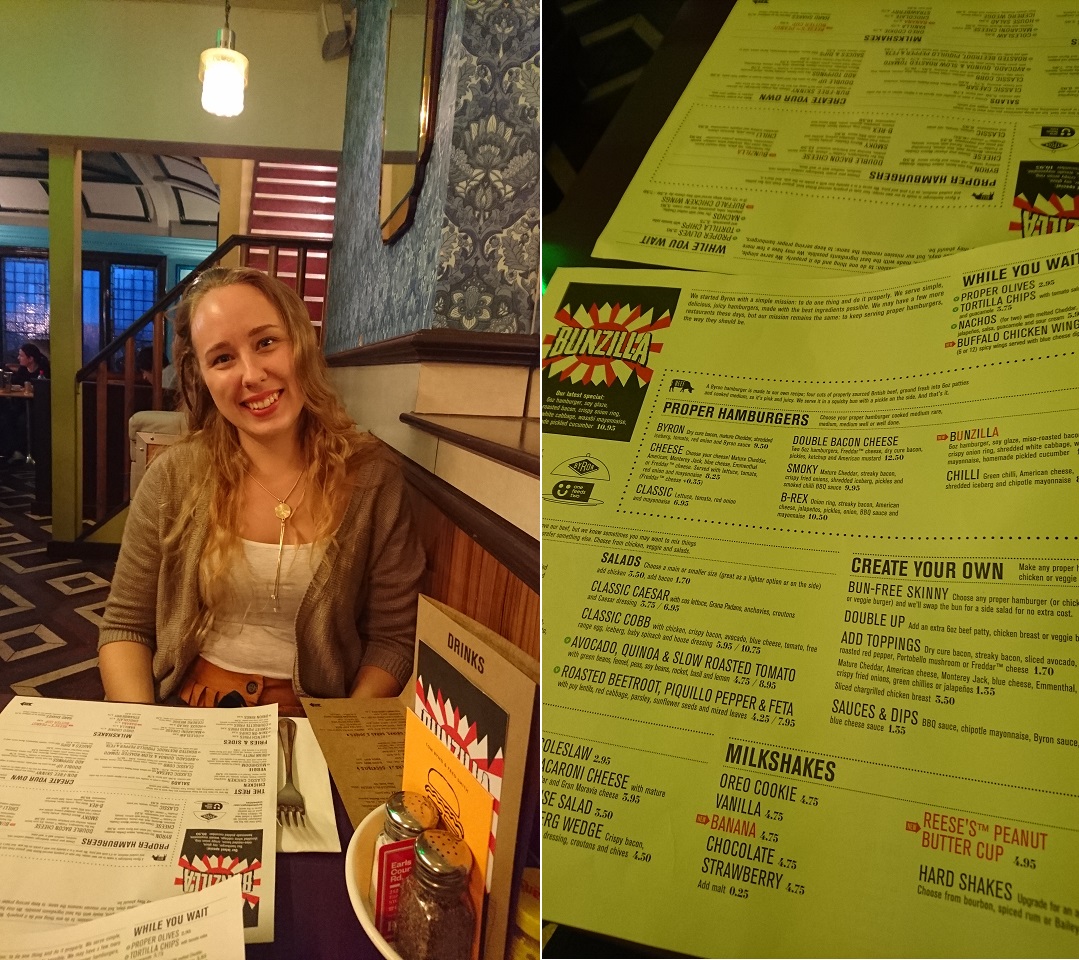 Last was Byron in Earl’s Court. We were wiped out and hungry after a full day running around London so we decided to go back to our hotel, drop off our stuff, and then try another place close by. This time we went for burgers. 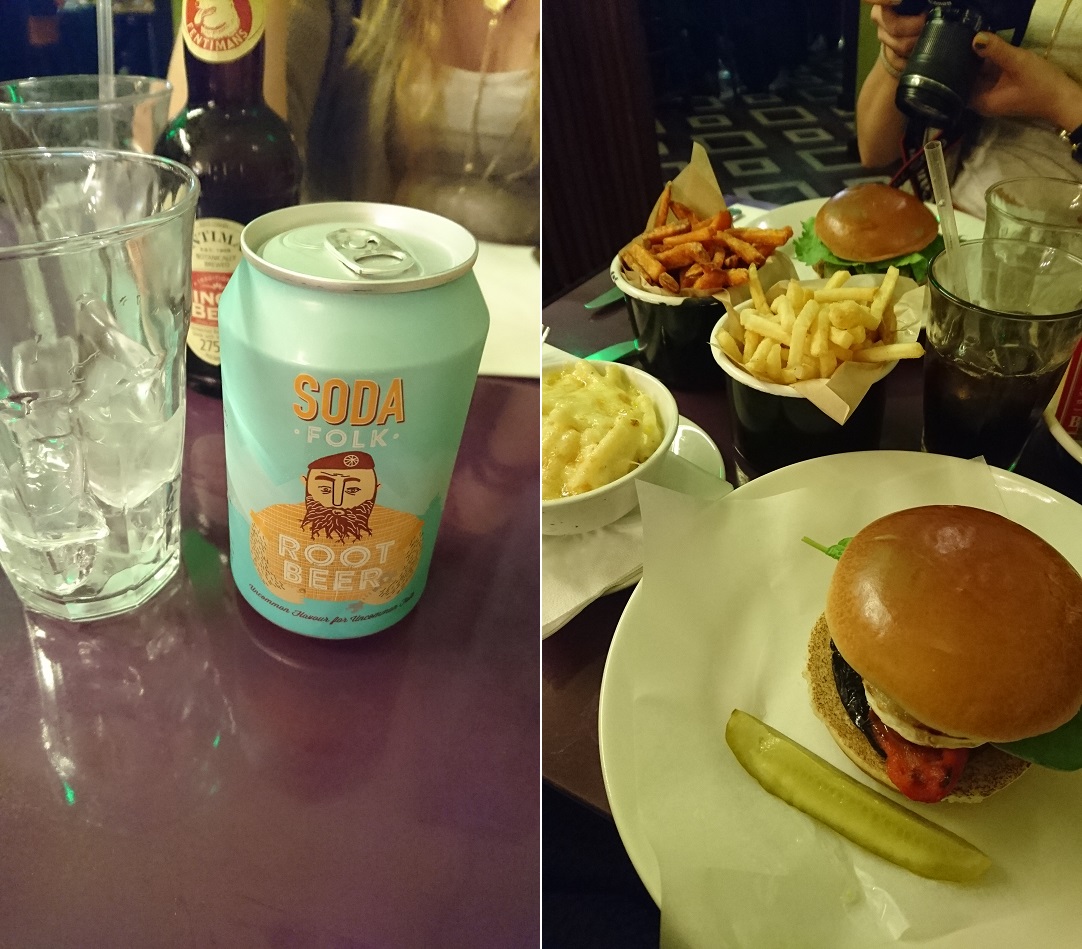 I had a mushroom burger. The patty was a grilled portobello mushroom with goats cheese, roasted red pepper, spinach and aioli sauce. I also had mac&cheese and fries. Linn had a cheese burger and sweet potato fries.

All of our food experiences were really good. There was always vegetarian options (and not just one) and we never ran into anything we didn’t want to finish.

Pictures of me were, of course, taken by Linn.

Our cafe experiences will be in another blog post, coming up soon!