While it’s still snowy out here in Kiruna and we’re looking at a year of staying home, I’ve been going through pictures from our 2019 Tokyo trip.

After both wanting to go for years, we finally did it and we had an amazing time! It was our first trip someplace where we didn’t know anyone and we timed it so we could meet up with some friends from the States on their own trip to Japan. 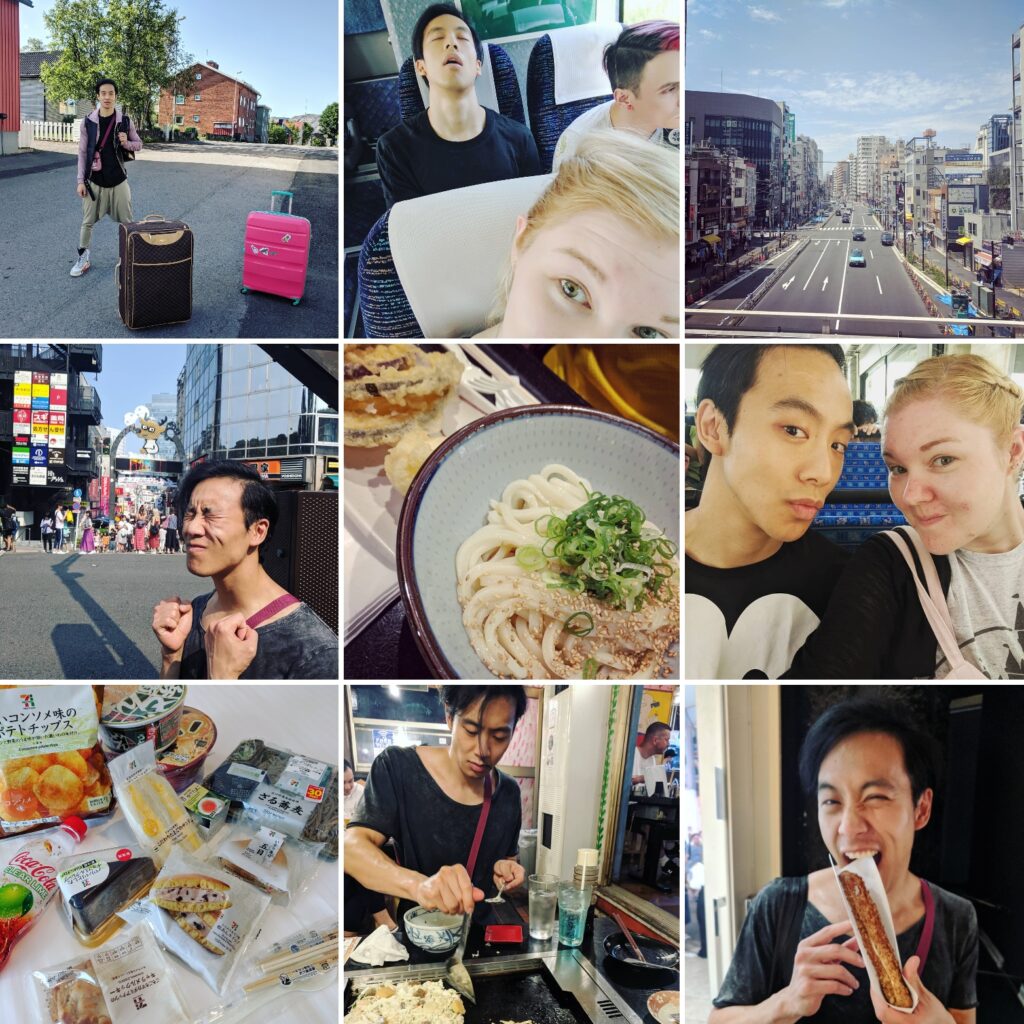 We had such a good time that we’ve pretty much abandoned all ideas of going anywhere else on vacation and can’t wait to be in Tokyo again.

Tips! You can preorder your wifi! We picked it up at a Lawsons in the airport, this handy little gadget you stick in your bag for your own traveling hot spot. Google maps was amazing for getting around and navigating the trains, I would not want to find myself without internet. And then before we went home, we just put it in the included package and stuck it in the mailbox at the airport. 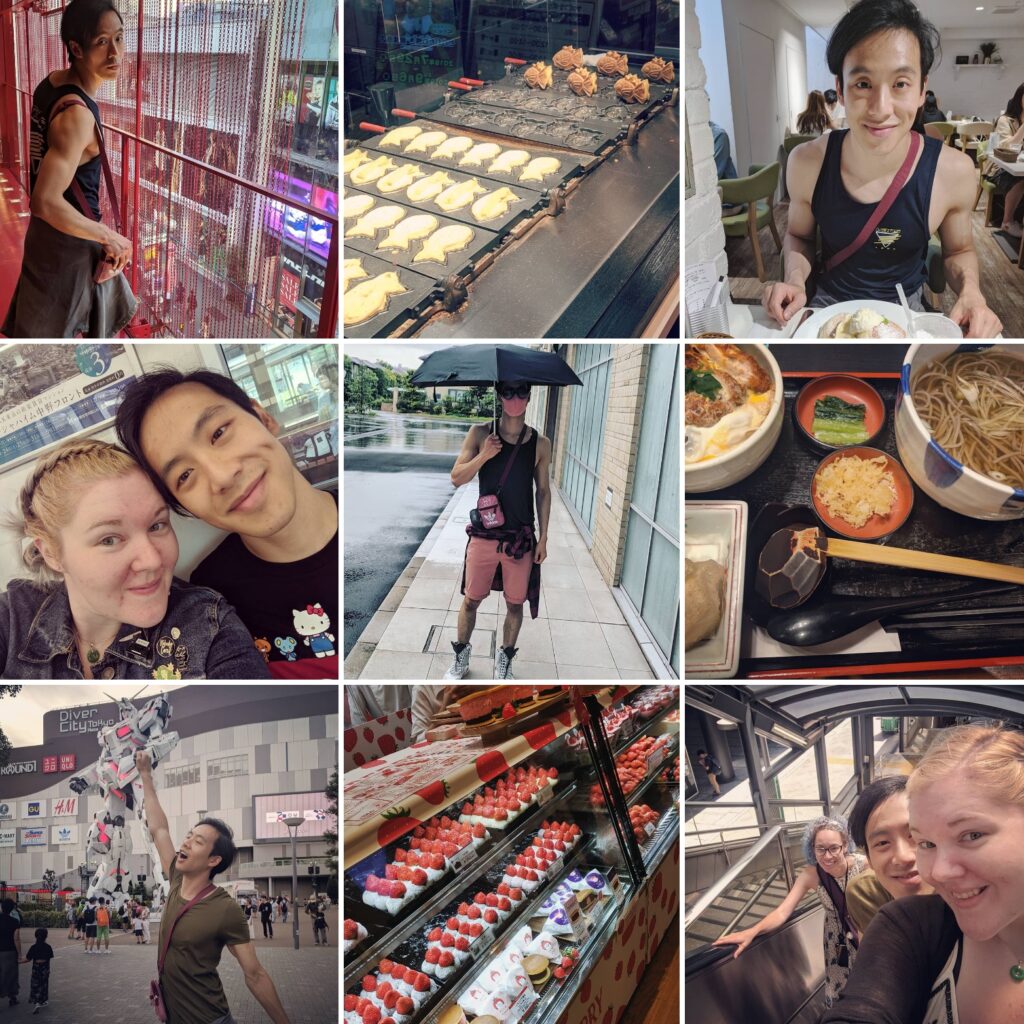 Tips! Don’t go in the summer. I grew up in California but this was a different level of hot. I had to give up wearing makeup because it was just melting off of me. Phong and I are not warm weather people, we prefer light jacket weather and no direct sunlight. That being said, we STILL loved our trip. That’s how great Tokyo was.

We went a little bit of everywhere. I absolutely loved the subway system. It was so easy to get around. Harajuku, Shibuya, and Akihabara were Phong’s favorite areas for the shopping. I liked Asakusa and Odaiba. The train to Odaiba was my favorite. It goes above ground and has beautiful views. 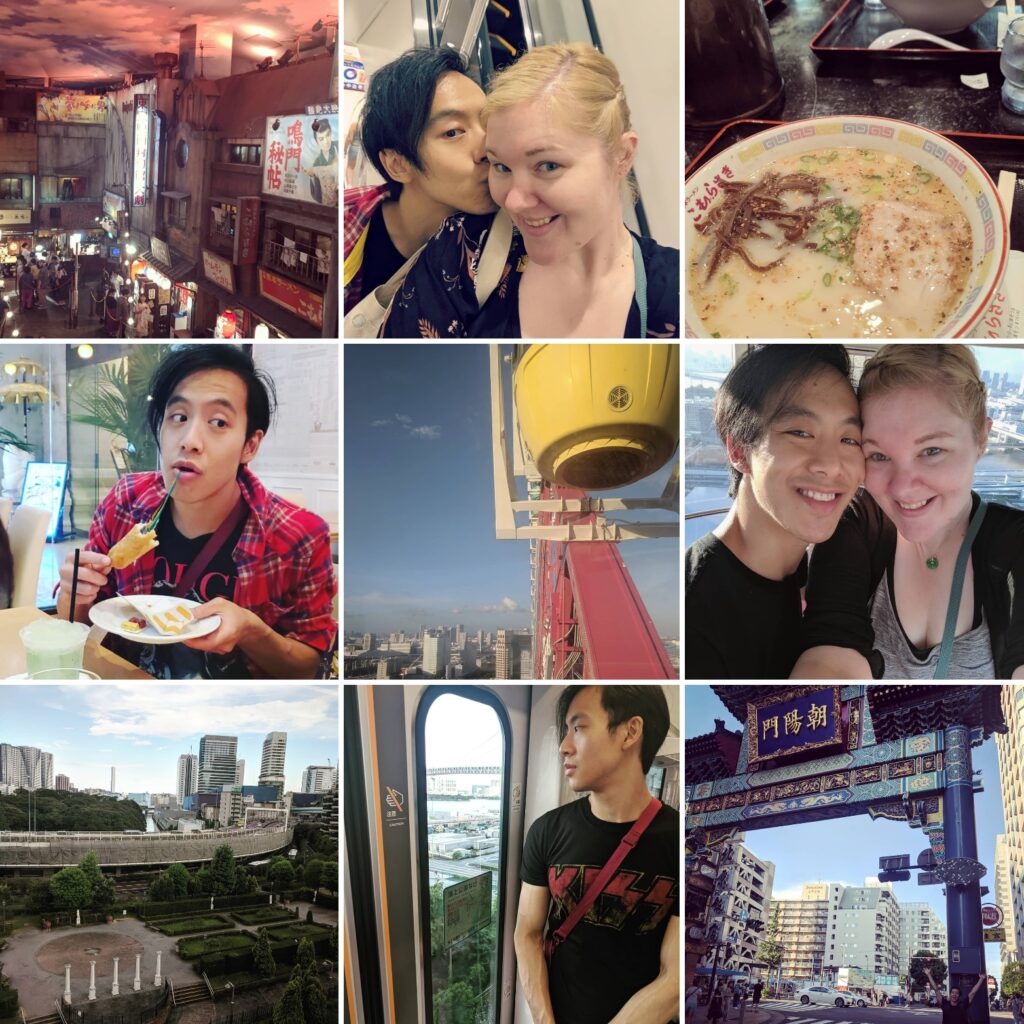 Tips! Travel with Phong. He doesn’t handle directions or any of the business side of traveling, but he’s a delight and he carries your luggage! And he’s so photogenic! 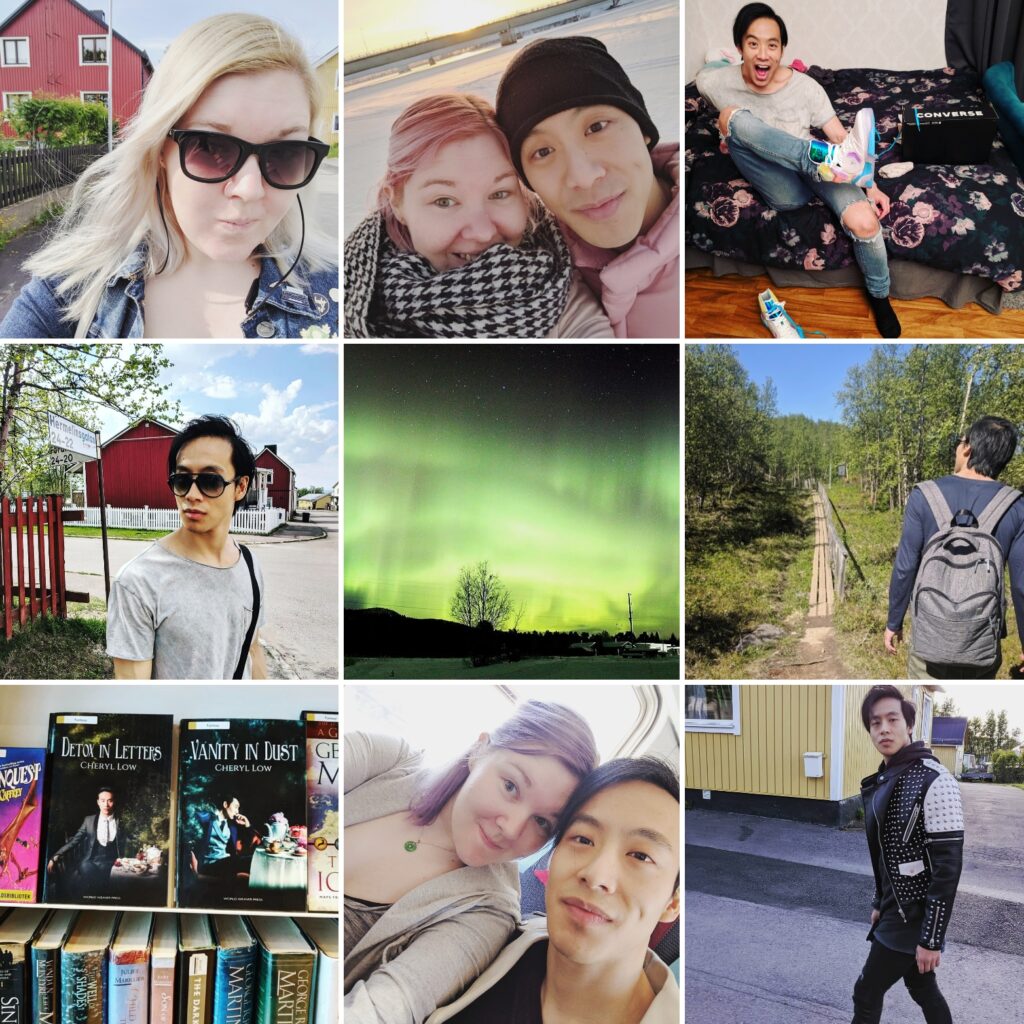 It’s been an eventful year. Not one of my more productive ones though. But I got to see a lot of family and friends and do some traveling. Really hoping to get a couple books published this next year. Fingers-crossed! 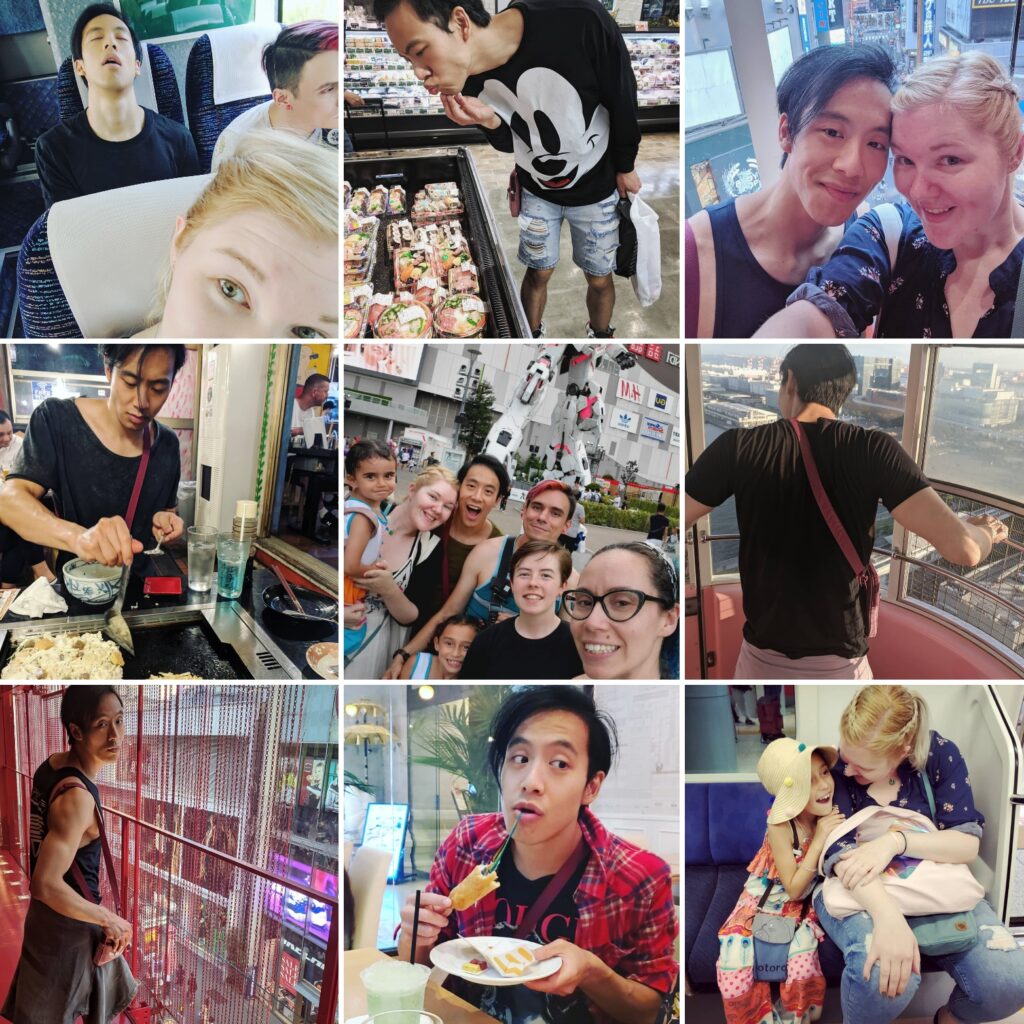 Over the last year I’ve taken an interest in skin care and myself.

Let me explain. I did almost nothing for my skin before I turned 29 and it was not pretty. I used sunscreen from the supermarket during the summer (I grew up in California so I should have been using it ALWAYS). And IF I had a lotion, I used it all over and it too came from a supermarket. I slept with my makeup on and showered it off in the mornings. I pretty much believed some people were born with good skin and the rest of us weren’t and it was what it was. And, I guess to enforce that, I also figured all of the products out there were just BS.

I was SO WRONG!

But the biggest thing I’ve found through the experience of trying products and taking care of my skin, even more so than the obvious results, is the way it makes me feel. I feel good about myself when I take care of myself. I feel cared for and appreciated–BY MYSELF! I didn’t know this was a thing.

So, now I’m pretty much dating myself on the side. Which is great because I’m an AMAZING girlfriend and I totally get me. I even got into ordering a monthly subscription box which I call a gift from my admirer and last week I even gave myself a surprise art pack from Etsy. I’m really close to giving myself flowers and possibly having them delivered with a card.

This has been a serious revelation.

Art pack I ordered was from MaryGomesArt and it was so worth it!

I went from being a painfully shy child, to an awkward teen hiding behind sarcasm. At some point, when I needed to get a job, I decided to just fake confidence. I pretended to be someone else, kind of. It was all me, it was just a side of myself I didn’t usually use. I’ve pretty much been riding the “fake it ’til you make it” train ever since.

I like saying nice things when I think them. I compliment strangers in line. I say hello when I pass people in my building. I smile. 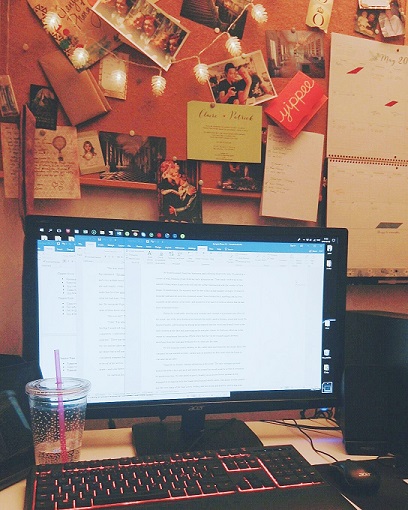 But, somehow, none of that carried over to the internet.

I click the hearts and the thumbs up on things, but I almost never left comments. I had this idea that it was somehow bothersome. They already know they’re funny, or their art is amazing, or that their books are delightful. I had the gut-feeling that if I commented it would somehow be intrusive or annoying.

Well, that was nonsense. So, over the last half year or so, I’ve tried to be interactive on social media.

I try to comment on twitter and instagram. I actually use my youtube rather than just lurking on it. And I send messages to authors to tell them they’re amazing–even though I’m 95% sure they know it already. And it’s great! It feels good and, of course, people like when you tell them the nice things you think about them. Why wouldn’t they?

I get so much more out of my social media now. They’ve become communities and I really enjoy getting to know so many people.

Artists and authors are all looking for a rainstorm. They’re farmers, desperate to grow a crop and share it with the world, but they need the rain. It’s okay to be a drop. It’s okay to be a little voice in the world saying you like something–screaming it even. Because maybe one drop will become a thousand and an artist will get that monsoon they’re looking for, and at the very least, they’ll know someone somewhere enjoyed their work. 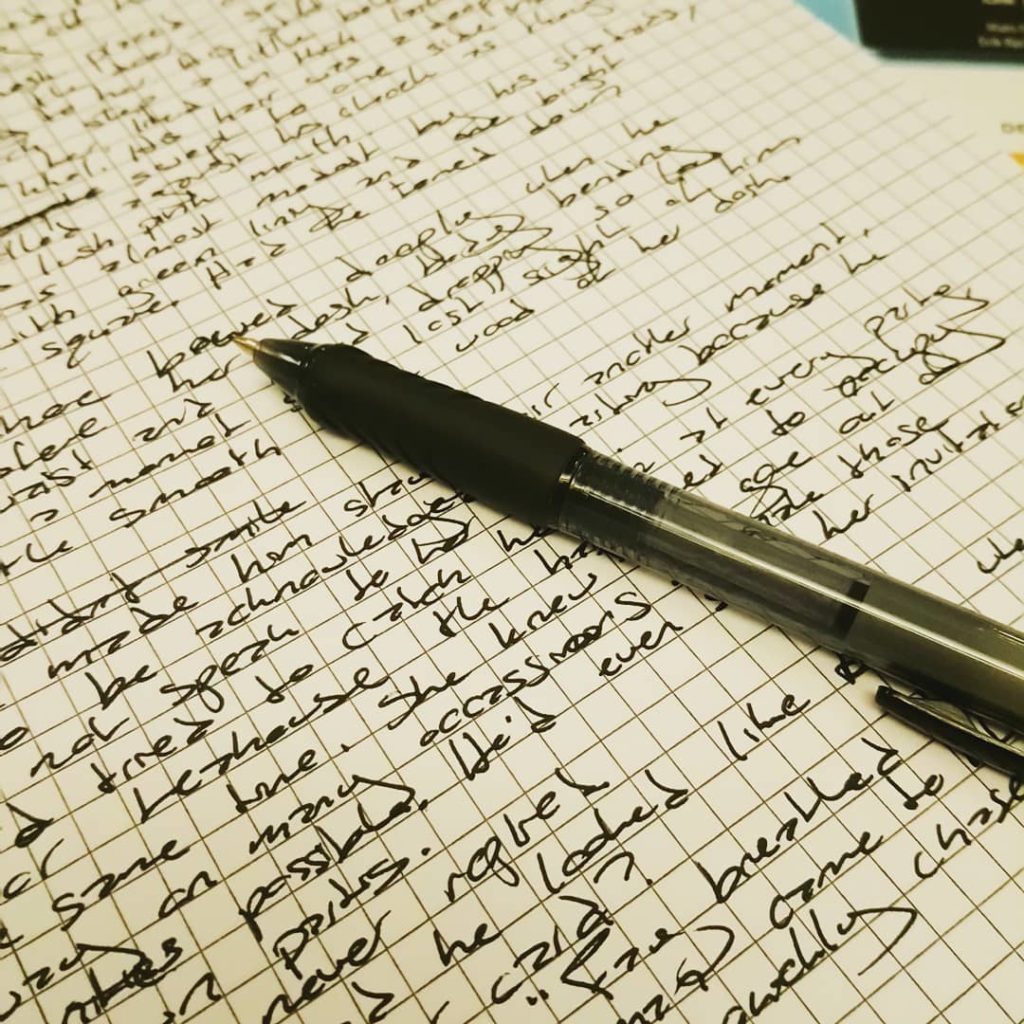