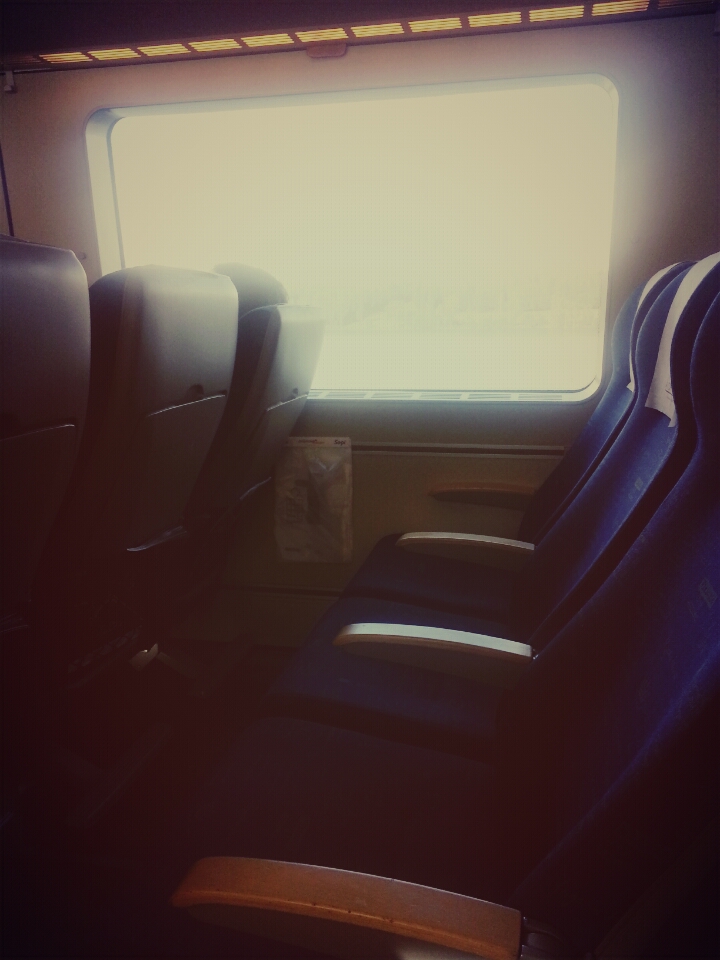 I’ve taken the trains up and down Sweden, from Skåne to Umeå and Umeå to Kiruna and a number of stops in between. Usually they’re pretty great but every so often there’s a mishap with delays, power outages (which can get pretty chilly in the winter) or that time we had to stop for reindeer on the tracks. 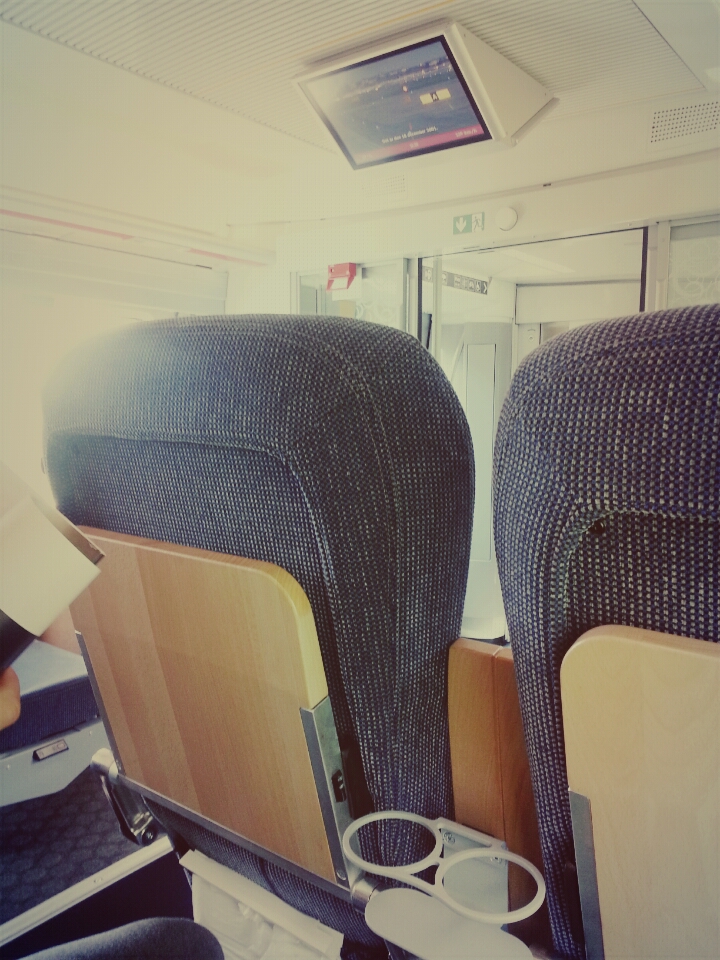 Not all trains are created equal. Above is a picture of one of my all time favorites! It was a Norrtåg going from Umeå to Boden. No assigned seats but super new, tall backed chairs, space for luggage and a little tv that kept you updated on news and the time. This one had such a great vibe that I actually wrote the train number down somewhere in hopes of taking it again.

It is only in second place because of an SJ train we took from Stockholm to Umeå last summer. That one was not only a new train but it zipped along the rails, keeping us informed on the time, the upcoming stops and the speed at which we were traveling above each doorway. AND on that train I had booked us in first class. It’s not always an option but when it is I take it. It usually doesn’t cost much more but is so worth it! A lady came by with a trolley to offer coffee and tea and there was a kitchenette with fruits and tiny brownies to take. I am, admittedly, a sucker for free things- especially when those free things are sugary. 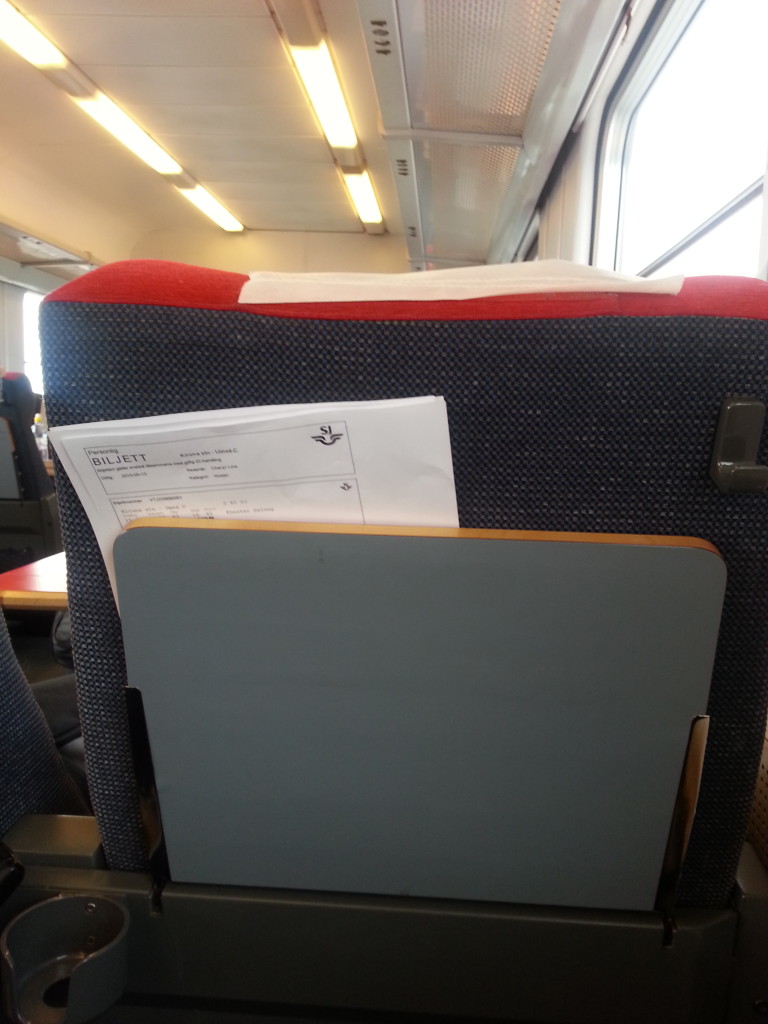 Things to keep in mind.

Seats with tables. These are the ones where a row faces another row of passengers with a table in the middle. Unless you enjoy making conversation with strangers, other people’s legs in your space, or are traveling with a group large enough to book all (normally four but sometimes six) seats, I would avoid these. These are usually where we get stuck when we book late during a busy season.

Food. Bring your own! Why? Because you can! You can bring whatever food you want on a train. Phong and I usually make a date out of our train travels. We bring dinner and snacks, not to mention cards and sometimes the little laptop with headphones to watch movies. Many trains do have a “dining car” but in my experience they have not been impressive. The food is pretty much muffins and microwave dinners. And, most importantly, depending on when you’re traveling and where that car might be closed. So at the very least, always have a bottle of water and something to munch on in your bag.

If your seat is terrible, or the person next to you is. Find a new one! You could check out the dining car and take a seat in there if you want or  you could just hop into an open seat nearby. The only reason you have to sit in your assigned seat is if all of the other ones are filled. Of course, if someone arrives who has a ticket for the seat you’re now in, you should move. Just move. Don’t give me that pouty “but I’m sitting here” face because I’ll still make you move if that’s my seat and you would do the same to me if our roles were reversed. 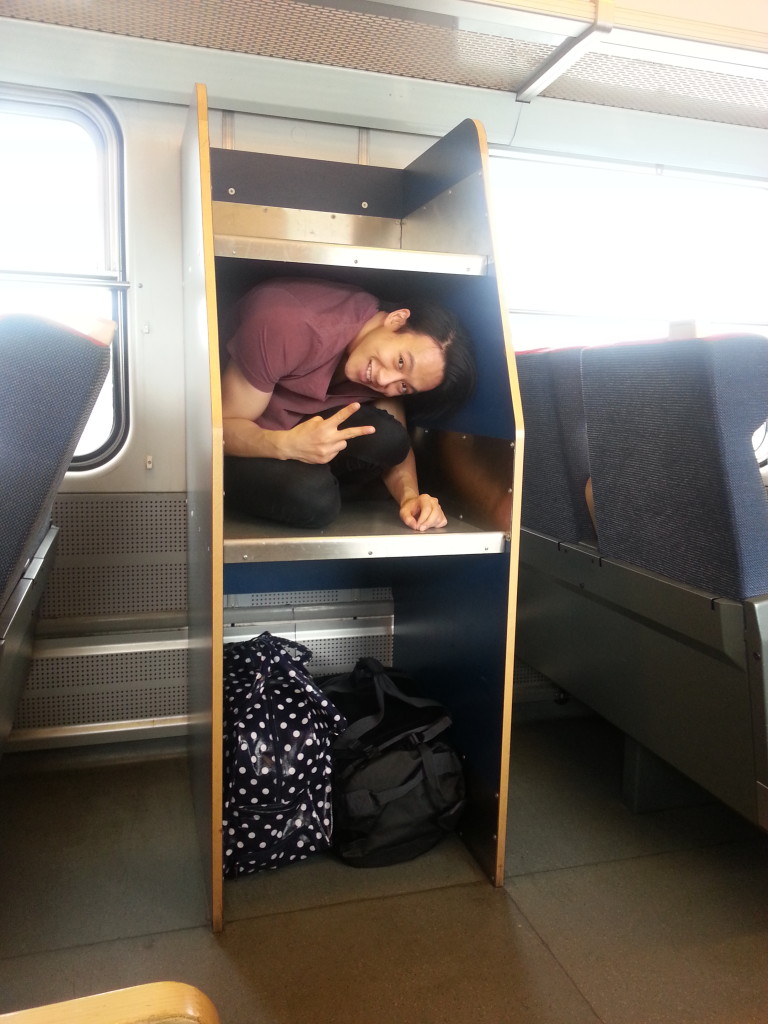 Most important tip? Travel with a friend because they do hilarious things like this and, if you’re two, you probably don’t have to sit by a stranger. Well, no stranger than you’re used to.