While my mom and aunt were visiting, we went to the Royal Castle. You’ll notice that I don’t have many pictures of the experience because cameras were not allowed inside- not even in the gift shop. They also don’t allow umbrellas, not sure what that’s about but luckily it was a sunny day so I had left mine at the hotel. Unfortunately, it was so nice out the whole trip that I never once got to use my umbrella! 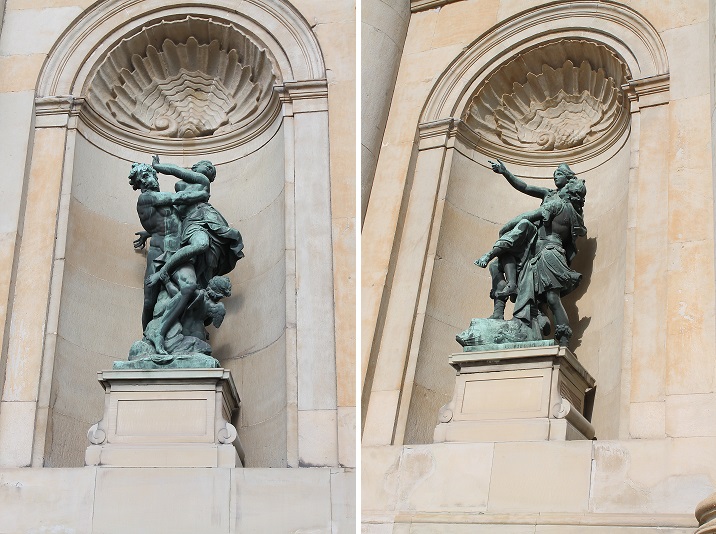 The castle was quite large and had entrances to the different sections and tours around the building. Unfortunately we didn’t make it to all of the available museums, including the antique museum that I was really itching to see so I’ll just have to check it out again another time. We did go on the Royal Apartments tour. You have the option of wandering through the areas alone and reading the plaques or following a guide. I’m not sure which I feel is better. The guide definitely has other information but they also skip a lot of things and don’t really take a lot of questions in order to stay on time. Plus the tour group is so large it’s hard to hear and see everything. My favorite part of this tour was the throne room where it began. The hall was amazing and somehow managed to dwarf what was honestly a very large silver chair. I could have sat in that room all day. 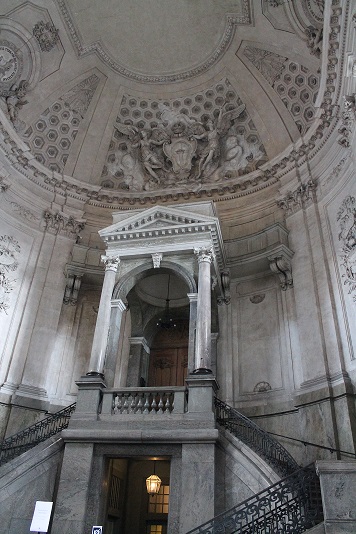 As I mentioned in a previous post about the Opera House, everything was much more lavish and detailed than I could have imagined. I think this might be the only case wherein Hollywood completely downplayed the grandeur of something. I’m not sure if it’s because the detail would be a terrible amount of work or if it’s because an actual castle is a hodgepodge of fads creating a place that changes drastically from room to room. Either way, my excessive movie watching did not lead me to be overly excited about seeing a real castle. I think the architecture, sculptures and painted ceilings were my favorite.

This particular picture was taken at the last spot before the no camera signs (as well as no briefcases or umbrellas). It’s an entrance room with a door leading into the throne room on one side and an identical door on the other side that will possible forever be a mystery to me. 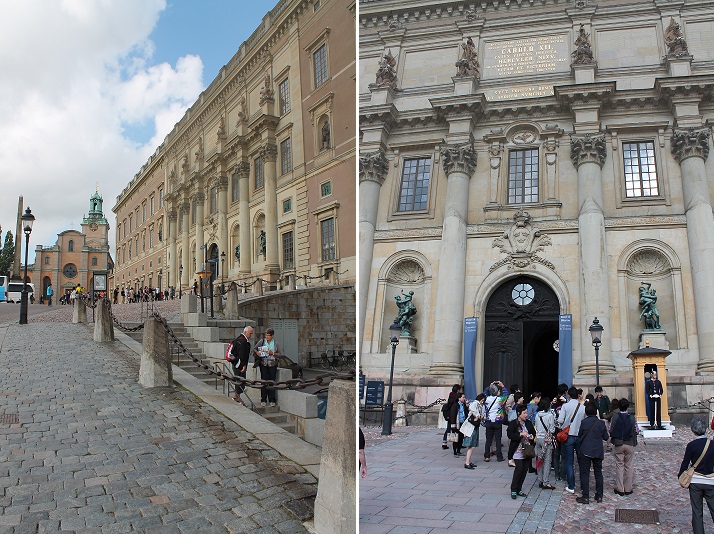 It was a fun trip and I hope to go again sometime to check out the antique museum on the other side. We did see the treasury in the basement which had a distinct dungeon feel to it. My mother managed to fall on the stairs on the way down and mentally scar Phong with the trauma of it all. She recovered quickly but he was hyper-vigilant the rest of the trip.

In September I had the pleasure of visiting Stockholm. Phong and I actually met my mom and aunt there and we spent a few days in the city before taking the train up to Umeå.

My absolute favorite tour/museum/event we went to on this whole trip was the Royal Swedish Opera. They were remodeling the stage when we were there so they didn’t have any plays going on and we couldn’t go on the actual stage but the tour was amazing! Our guide was incredibly enthusiastic and knowledgeable and the whole place was fantastic. I could live in this building. I could live in a room of this building. And I left with the incredible desire to gild my apartment.

The above pictures are from perhaps my favorite (though the least lavish) room in the opera house. It’s actually a private entrance intended for the royals to use but according to our guide they almost never do.

My pictures in the actual theatre turned out a bit dark and the whole of this place is just lost in photos anyway. The chandelier was massive. We were told that if we’d been there the week before we would have seen it down in the floor seating area for its yearly cleaning. 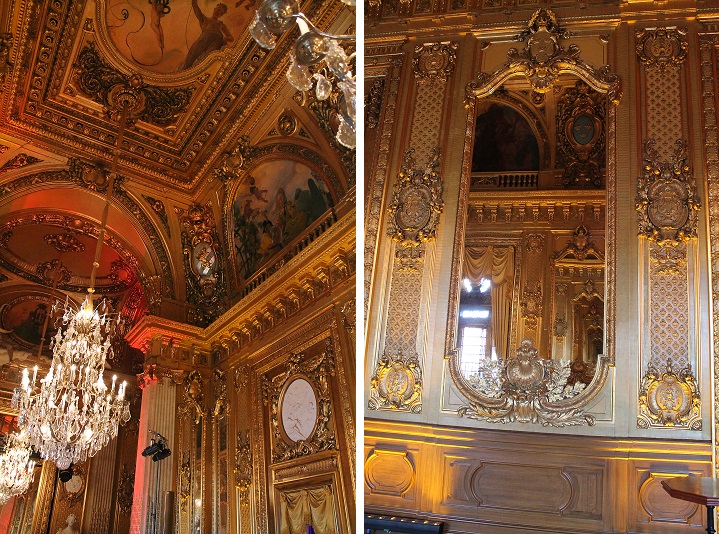 There is actually a Gold Room. You can guess why it’s named that. It turns out that the room can be rented out for events and though we weren’t told the actual price, we were told that it’s more expensive than renting out Stockholm’s City Hall.

While we were there, a bunch of tech people were all over the place setting up for an event they were having that evening. Something I learned on this trip, between the opera house and the castle, was that Hollywood has completely underwhelmed us when it comes to royal decadence. It was like every where you looked something was carved or painted. I’ll admit, I was pretty smittened with the Gold Room.

Yet another amazing room. Chandeliers everywhere!

Because of the evening event, the entrance was illuminated with purple lighting. They keep a storage of costumes (not at the opera house but in another location) and every year they auction off pieces to make room for new ones. Unfortunately the auction was going to take place the week after we left, not that we have deep enough pockets to buy handmade tutus, but I’m sure it would have been fun to see. 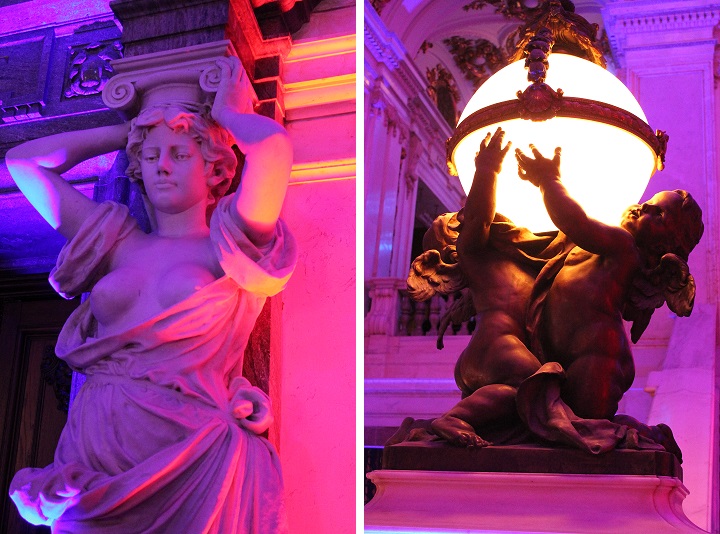 I pretty much plan to come back to this place for the tour every time I’m in Stockholm. They offer it in English as well as Swedish. I got myself a tote bag from their gift shop and a few postcards. I was awfully tempted by the opera glasses but seeing as I didn’t actually get to go to an opera, it seemed a bit premature to buy them.

I’ll be updated with more pictures from our trip last month, including a few snaps around the castle (unlike the Opera, they were sticklers about no cameras), old town, a few malls, and Stockholm at large, not to mention all of our adventures in Umeå. But, I’ll admit, this was my favorite place we visited with the royal throne room at the castle as a runner up.