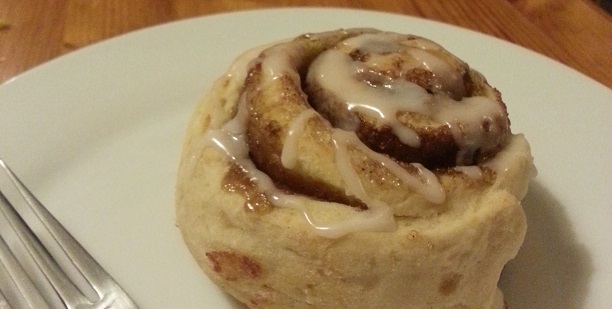 Alright, so I generally try to avoid recipes that have yeast in them because I don’t like having to wait… perhaps because I have a habit of starting something else while waiting and then forgetting about them. Anywho, I found this great recipe for cinnamon buns without yeast a long time ago and just love them! They’re so easy to make and I’ve even done them without sugar and with lots of raisins before and it was still great.

Knead and roll out the dough. Spread melted butter on top and then sprinkle with the brown sugar and cinnamon.

Bake 20-28 minutes, until the tops start get golden.

For a topping I just mix some powdered sugar, milk and vanilla and then drizzle it on top.