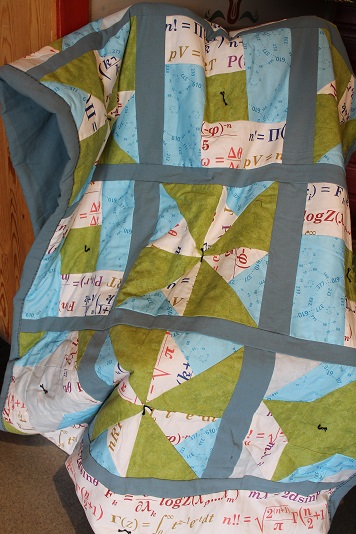 This was actually the first quilt I did on my own. It is particularly long because I made it for my brother and he is particularly tall. He is also studying to be a physicist so I found some great fabrics at spoonflower.com that I thought would be great.

The light blue one is actually a Fibonacci spiral.

The white one is supposedly actual equations, not that I could varify that, but my brother hasn’t complained or pointed out any failure in that realm yet so I’m guessing it’s right..

The squares were pretty simply and I added an extra block on the bottom and top because I had fabric over and wanted to make it even longer. 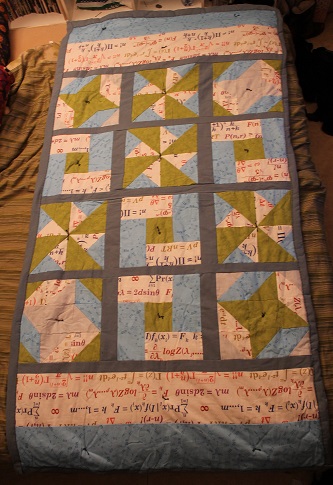 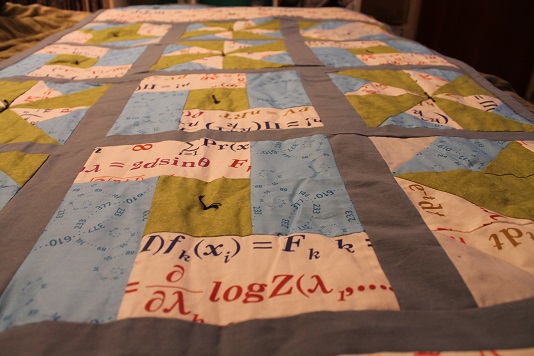 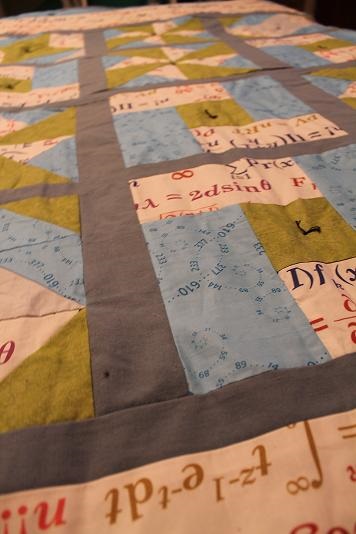 I used yarn to tie the front and back together with the padding in the middle rather than quilting it. I think quilting is a beautiful art that I would love to learn and get better at, but when it comes to quilts that are comfy to snuggle up in, I’ve always preferred the simple ones.

I finished and sent this one off maybe two years ago so hopefully it’s well rumpled and piled on his bed or couch in the States right now.