Joe & The Juice is a juice bar we found at the end of Terminal 4 in Arlanda Airport that was great! We loved it so much that we went there on our way back too. 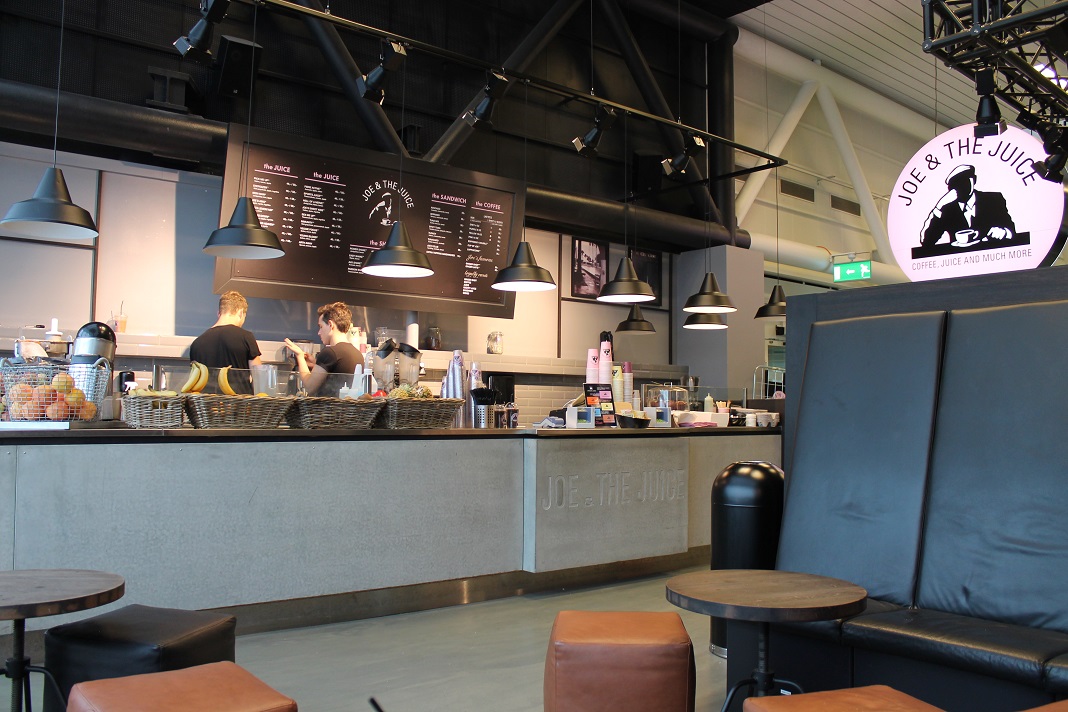 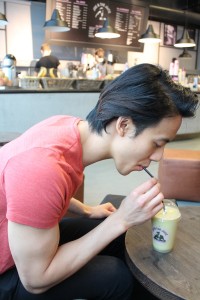 You don’t have to be in the airport to try Joe & the Juice. There’s a couple in Stockholm as well as a few other cities in the southern parts of Sweden. It’s a shame there isn’t one in Umeå or, dare I dream, Kiruna. It’s really nice to get to sit in a cafe but drink something that isn’t full of caffeine or sugar. They have coffee too, of course but most of the menu is juices they make right there or smoothies. 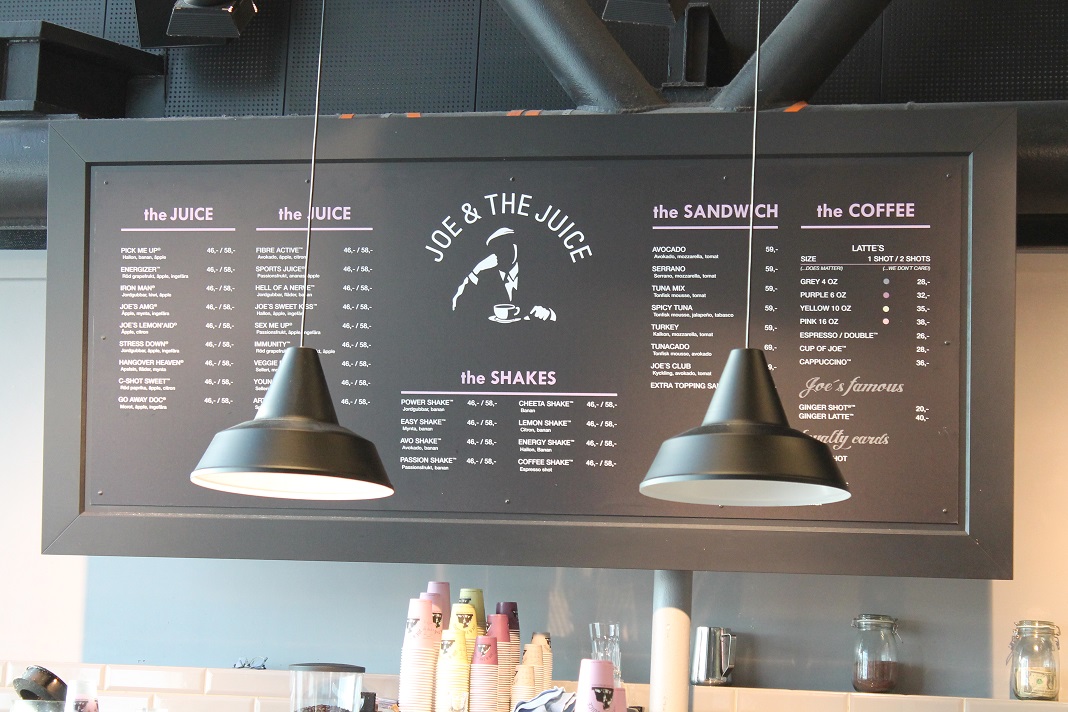 We got to try four juices since we were there twice! My first pick was the Energizer (grapefruit, apple and ginger) and Phong’s was the Fiber Active (avocado, apple and citron). Both were great! I was surprised how much I liked the grapefruit and ginger together. 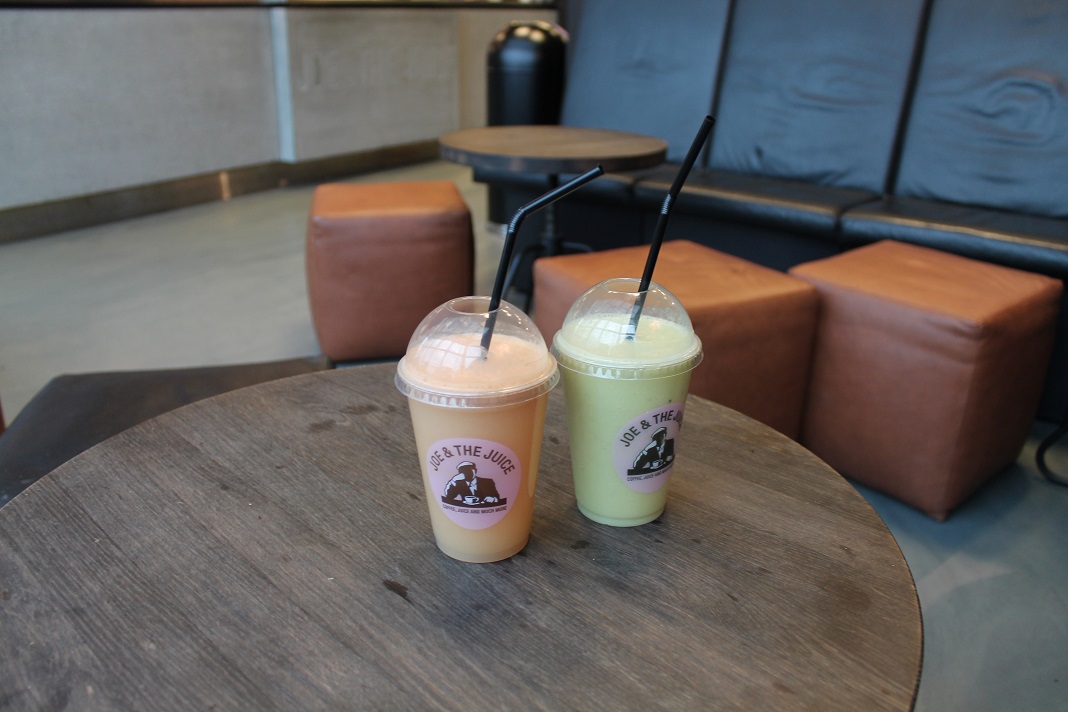 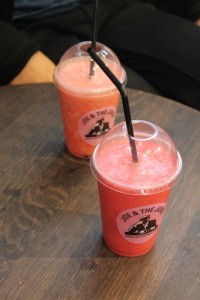 The second time around we tried Joe’s Sweet Kiss (raspberry, apple and ginger) and Hell of a Nerve (strawberry, elderberry and banana). Again, they were great. 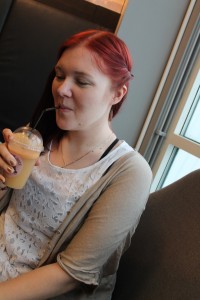 If Joe should ever read this blog, seriously, send some Juice up north. We might have a longer winter but that doesn’t mean we don’t appreciate a goood juice.

Phong and I went down to southern Sweden (Skåne) last month for a wedding and I took some pictures of Arlanda, Sweden’s largest airport on the way. I thought I’d toss them up here in case anyone ever wonders what’s to be found there. Firstly, this is just terminal 4, which seems to be the portion of the airport you’ll find yourself in if you’re traveling inside Sweden. Terminal 5 is for international flights and I hear it has good Italian food and a Starbucks. For any Americans reading this, you’ll think that there’s nothing special about a Starbucks but as far as I understand it, there are only two Starbucks in Sweden. One is tucked away inside terminal 5 where I can never get to it, since airports are sticklers about letting people into the international terminal without an international ticket, and the other is at the Stockholm train station (I will be searching for that one in September).

If you find yourself in Terminal 4, you’re in luck! Like the rest of the airport, it’s clean and has a few places to choose from for eating and even a cute play area for kids.

In case you didn’t know, most bathrooms in Sweden have small individual bathrooms in place of stalls which I really like, but you will never find seat covers in Sweden. For any Swedes reading this, seat covers are little paper cut outs that go over the seat so you don’t get germs on your bums. I’m not sure if this is because Swedes aren’t as worried about toilet germs as Americans or if Americans just don’t trust each other to know how to use a toilet correctly. On this trip, I noticed that they had installed a little panel on the way out (like the ones at Elgiganten) where you can press a button to rate your experience. Now, I love giving ratings, so I stood there for a second staring at it and considering what to do. I did not press the button. Sure, the bathroom was clean, I had no complaints and that would usually make me want to press that green smiley face button, but I just washed my hands and it’s a button intended for people exiting a bathroom to push. 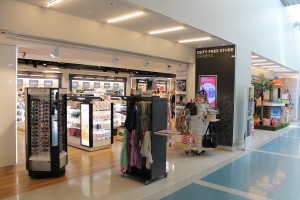 Terminal 4 also has a couple of stores. There’s the Duty Free shop which is mostly filled with cosmetics and perfumes (tax free) but it also has a strange array of jumbo sized candies. There’s a high end clothing store that Phong spent some time in. He never passes up a chance to look at leather jackets. There’s also a small electronics store and a magazine and books store with yet more candy. If you’re visiting Sweden, you’ll find that there is a lot of candy in this country. 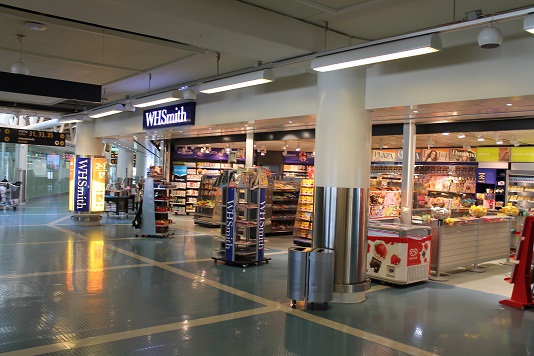 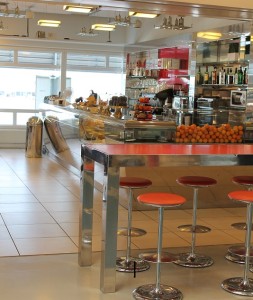 For food in Terminal 4, you’ve got a Max (the Swedish equivalent of a McDonalds or Burger King). There’s a Joe & The Juice at the end of the terminal, I’ll do a second blog post on that place because we loved it so much we went there on our way to Skåne and on our way back. In the middle there’s a cafe and then there’s a second cafe called Fika. Fika is a word that doesn’t correlating word in English. It means a snack or break and can be used when you’re meeting up with someone for coffee or tea. 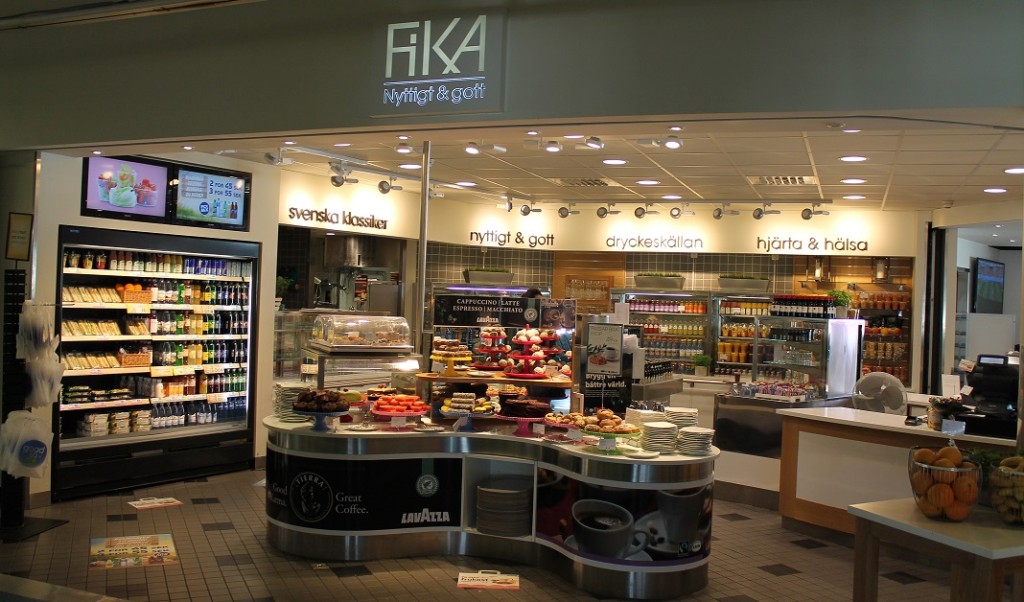 This place was pretty interesting because it served different things the times we came through Arlanda. The first time we were there it was in the morning before ten and they had mostly breakfast foods and light lunch items like salads and sandwiches. Phong had a salad and I got a fruit cup and yogurt and fried fruit mix to add to the yogurt. It wasn’t cheap but airports usually aren’t. The second time, when we came through on our way home, it was afternoon and they were serving mostly desserts (as seen above). It was tempting, but we ended up eating dinner at O’Leary’s instead. 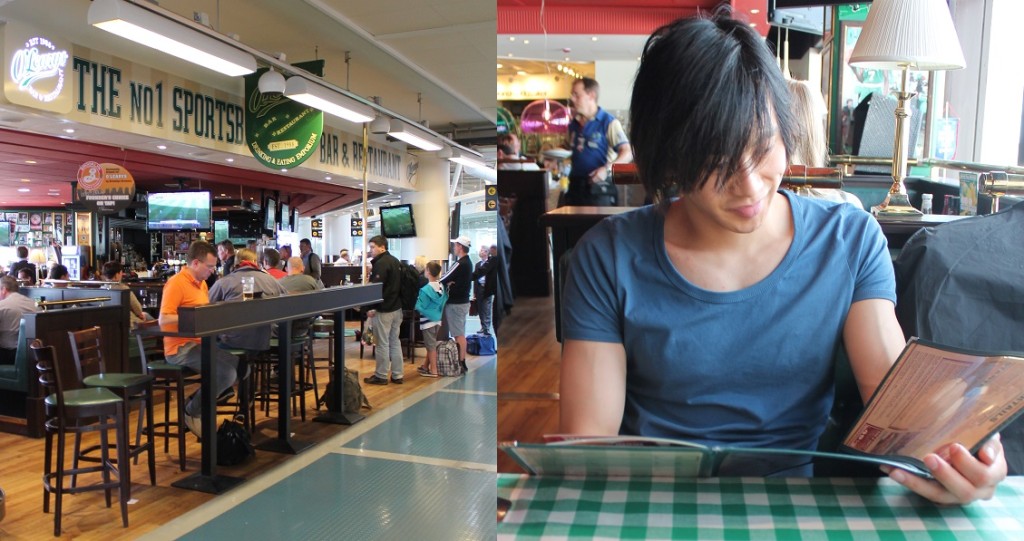 I meant to take pictures of our food but we were so hungry that I completely forgot. Phong had a ceasar salad and a shitaki mushroom burger. I had the burger too and a vegetarian quesadilla. We had about four hours to kill when we were here so it was nice to just settle into a booth and eat dinner. Now, if only they’d let me roam the other terminals too..