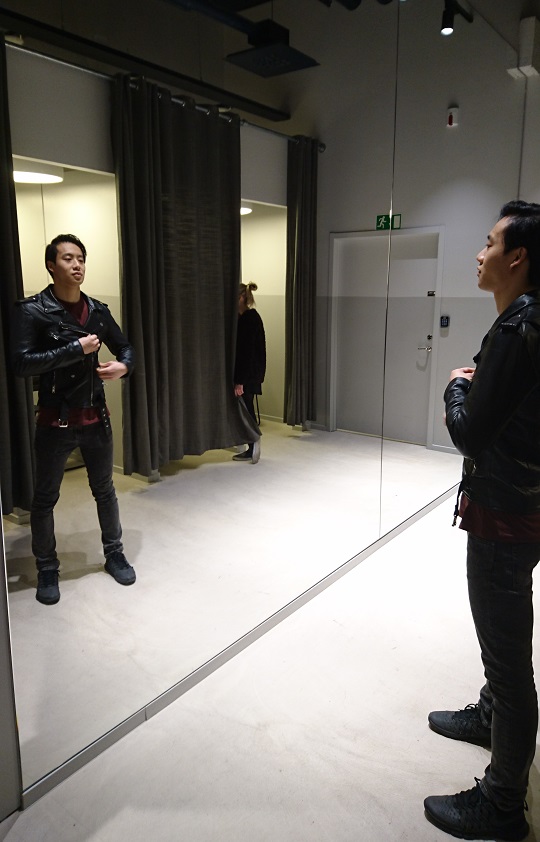 We went on a shopping weekend with Phong’s brother and Linn. It was a whirlwind of jackets and jeans as we were on a boys shopping adventure. Linn and I were along to give directions- not a bad use of our time especially as it got me out of the snow of Kiruna. 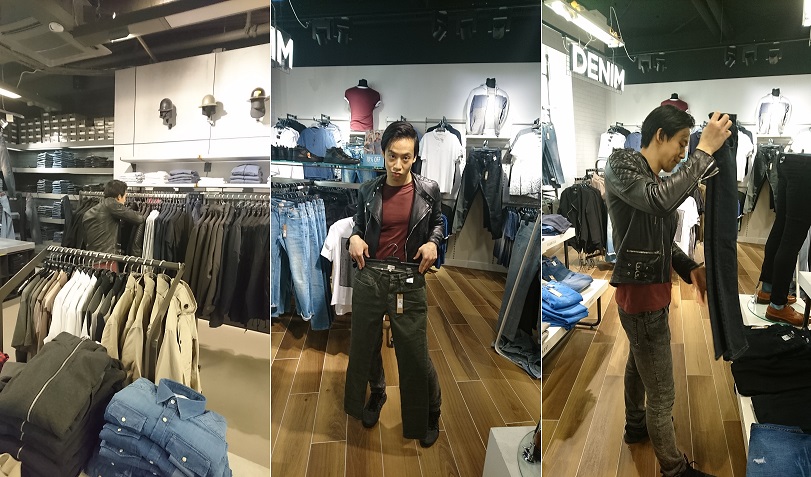 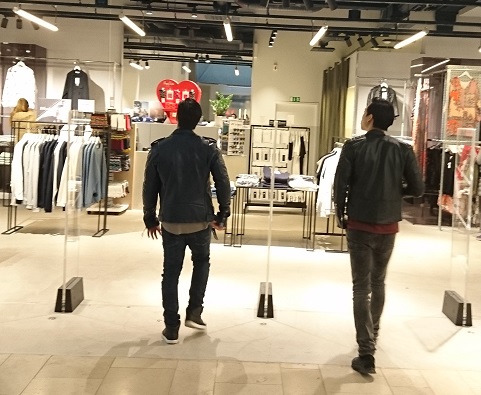 We spent most of our time in central Stockholm at the malls. Among the shopping favorites of the weekend were Zara, River Island, Solo and Deadwood. 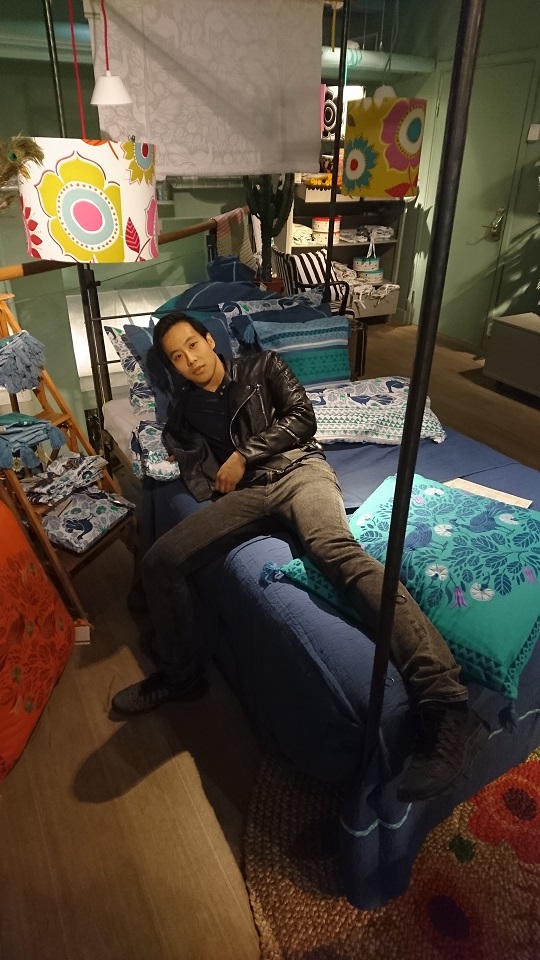 It did not take long for Phong to start getting silly for the camera. As soon as he saw a bed display he got comfy. 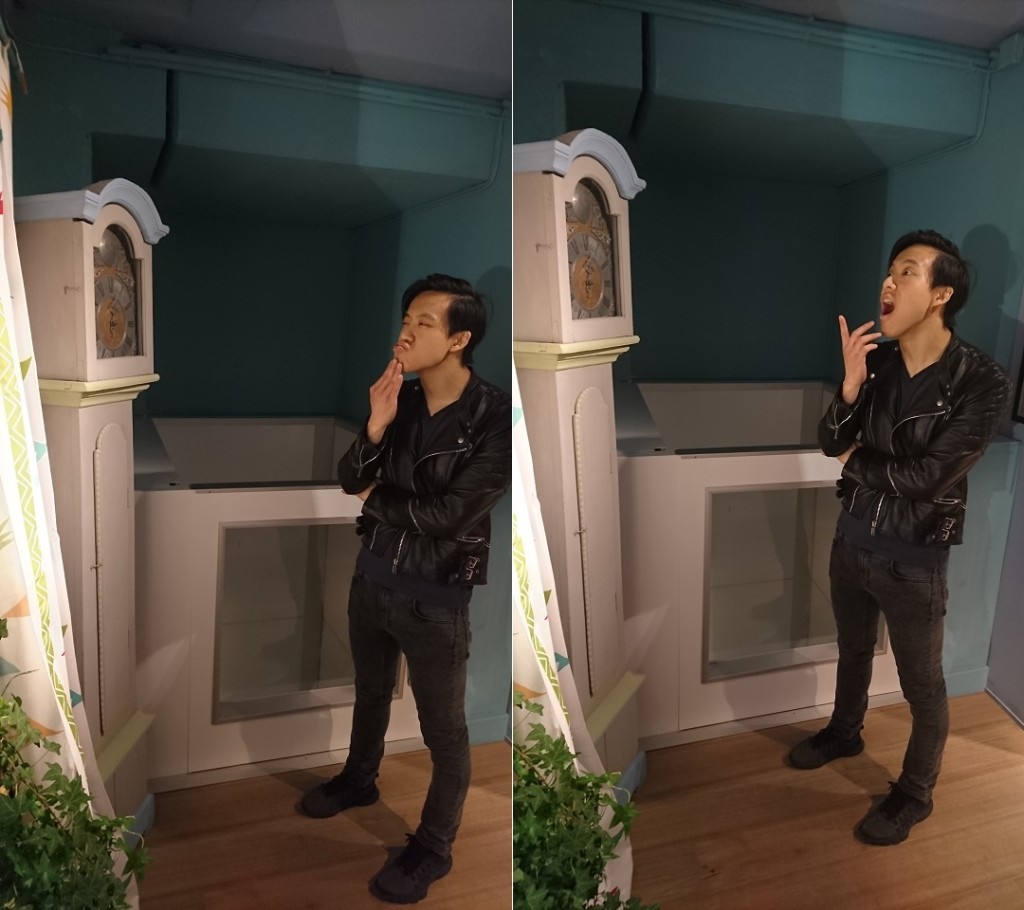 Phong contemplating time on a decorative clock with no arms. 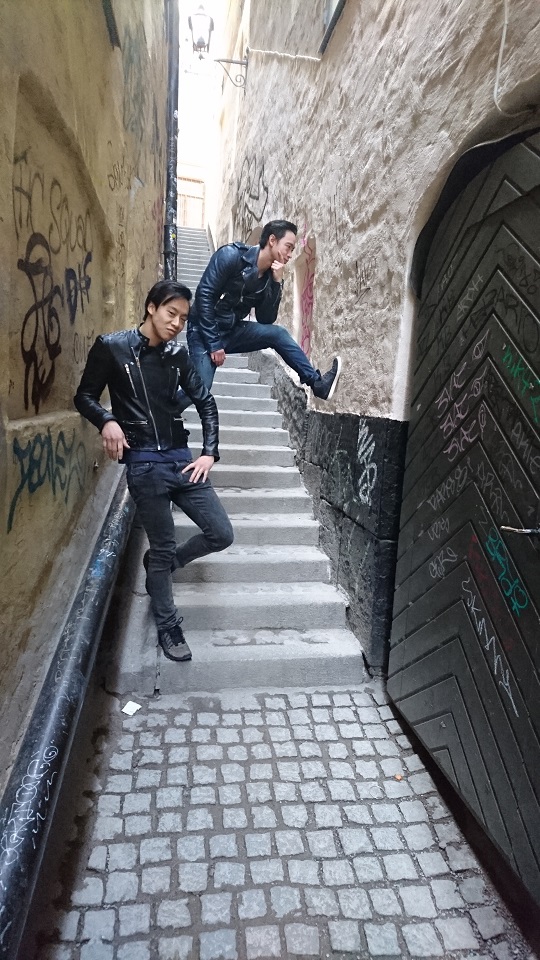 The Chau brothers on the narrowest street in Stockholm. They have a great habit of looking like an album cover.

Tomorrow I’ll put up a post full of pictures from my favorite shop in Stockholm! Hint, it’s full of books and fan swag… 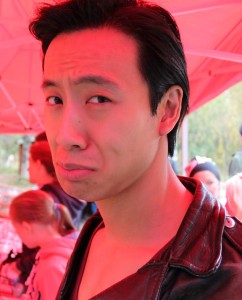 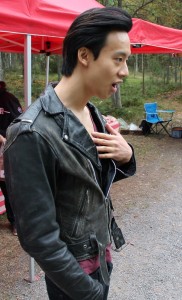 When we were in Skåne this summer we went to Väla in Helsingborg. It’s a big shopping mall with something like 180 stores and this time when we went I took the opportunity to photo stalk Phong all over the place. So, if you’ve ever wondered what’s going on inside Väla, or less specifically Swedish Malls, here you go! If neither of those things interest you, than you can play ‘Where’s Phong?’! I’ll give you a hint, he’s the guy in just about every picture.

Most of the stores I’m putting in here are clothing stores but there were also a bunch of game shops, tech shops and candy stores. Swedes love candy. I know you think your country loves candy, but it’s just not the same. I’ll cover it in another blog entry someday.

This was iems! I’m still not sure how to pronounce it but it was my favorite of the stores. Phong found a sauce that matched his shirt, as you can see. I bought a fancy black umbrella here that somehow went unphotographed. To the right you can see the teapot I’ve wanted every year we’ve visited this mall but still never bought because I dread trying to get it home.

Odd Molly was cute but super pricey. Phong took one circle in it, realized there were no jackets for him to try on, and then went for the motorcycle. I love Accessorize! It’s super cheap and so cute. I buy a new wallet whenever I’m there.

Naked Juice Bar! Okay, so we seem to love juice and smoothies. It was great! There was also a yogurt place but we chose juice.

In case you haven’t met Phong before, he was looking for a jacket. A leather jacket. He has an amazing habit of making friends wherever he goes in this search.

Despite the search, no jacket in all the stores of Väla was found. Sure, there were a few to try on, but none that got the great honor of being added to his collection.

And now for food!

Phong had a vegetarian burger with a fake chicken patty and veggies on the side (because he’s that one person who actually doesn’t order fries, it kills me because it means I can’t eat his when I don’t get a burger). His burger was great and he was super happy with the veggies. My pizza on the other hand was super greasy and a little under cooked.

We also found an amazing Gräddbullar place but I’ll put that in a seperate post tomorrow. I even made a GIF out of Phong for it, so look forward to that!